2014 foal by Diamond Stud out of Barbarees Hill Expected in early May 2014, this foal will be registered with the German Oldenburg Verband. Shown up to 4th level dressage, Diamond Stud was noticed by E. M. at his 70-day in 2010. His performance at Silver Creek Sporthorses (OK) demonstrated his exceptional versatility and power. Notably, he scored extremely well on character (10), temperament (9.5), constitution (9), rideability (8.5) as well as on his three gaits (8.5 for his walk, 8.5 for his trot and 8.75 for his canter). Sired by the phenomenal sire Diamond Hit, Diamond Stud is the product of the finest modern Oldenburg dressage lines. In fact, the German Ministry of Agriculture honored Diamond Hit as the Best Licensed and Performance Tested stallion of all breeds in 2001. Diamond Hit is sired by international Grand Prix stallion Olympic Don Schufro. Don Schufro is not only a reknowned competitor himself, having won a team bronze medal at the 2008 Olympic games in Beijing, but also very appreciated in the breeding shed. As noted by Paul Schockemöhle :

He was nine times, like actual in 2012, in the lead of the German breeding value statistics of dressage horses, three times on the second rank and all this in an twelve year’s period. Don Schufro is an absolutely exceptional sire, who passes on securely his quality. Year after year, he produces new highlights for sport and breeding: Tausendundeine Nacht was with 160,000 Euro the price highlight of the Vechta Elite Auction last fall, Blue Boy is highly placed in World Cup qualifiers and, just to name a few, Dorina, Bocello, Dondolo, Paragon and Donna Silver are also successful at Grand Prix level. The outstanding mare Uno Donna Unique was striking World Champion of six-year old dressage horses in 2010, the Oldenburg Champion mare Weihegold was Oldenburg Regional Champion as a four- and also five-year old and the 2010′ Oldenburg Regional Champion Traversale climaxed her first advanced (S) level season with four wins and successes up to Intermediare I competitions.

His paternal grand-dam is none other than Loretta, dynasty-founder and dam to the legendary Sandro Hit. About his illustrous damline, Dreamscape Farm writes:

Diamond Stud’s damline is hard to overlook. Damsire Lavarino was Champion of the 1996 Holsteiner Stallion Licensing. Lavarino’s exquisite movement and athletic capability are exemplary of his sire Laval I’s reliable influence. Laval I is considered one of the best modern Holsteiner influences, with offspring competing in the top levels in both jumping and dressage. Holsteiner blood is not only a guarantee for supremacy in the jumping arena, But have proven to be one of the most influential bloodlines in dressage as well. Lavall I completed his stallion testing in 1989 in Adelheidsdorf. Diamond Stud’s granddam is sired by none other than Rohdiamant, one of the most successful sons of the great Rubinstein I. Lisa Wilcox successfully campaigned Rohdiamant to Grand Prix, and went on to achieve Olympic status with his son Relevant. Rohdiamont has produced a number of offspring competing Grand Prix. His foals have a highly rideable index,are elastic, and elegant horses, which confirms him as a legacy.

You may view more information about this dam Barbarees Hill by clicking here. 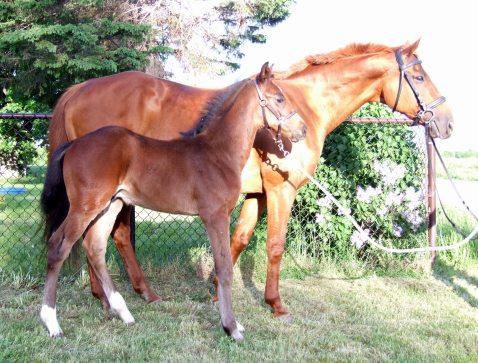 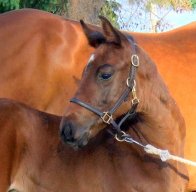 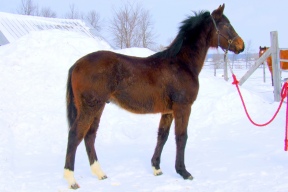